Network Center (NC) of China University of Geosciences (CUG) was officially founded and began to develop campus network construction in December 1995. In March 2000, the CAI Laboratory and E-Education Center were merged to form the Network Center renamed to Network and Education Technology Center (NETC). In April 2015, directed and led by CUG’s Party Secretary and President, the Network Security and Information Construction (NEIC) leading group was set up, with the NEIC office under the leadership. In May 2018, CUG integrated the NEIC office and NETC into the current Network and Information Center (NIC).In July 2021, the Network and Information Center (NIC) was renamed as the Informatization Office (IO), from a directly affiliated unit to a functional department.

CUG is among the first list of higher education institutions that started information construction. CUG initiated the preparation for the campus network in August 1994, and the campus computer network center (NC) was established in November, 1995, which boosted the development of network infrastructure. The 100M campus switched backbone network was officially connected to Internet in April 1994, and was upgraded to 1,000M and connected to the 100M optical cables of the Central China Network Center (CCNC) in 1999. Over time, CUG proposed the construction blueprint of “Digital CUG” in 1999, and launched the first-phase project of “Digital CUG” in 2001.During these years, CUG upgraded the campus network, including network education in the “Digital CUG” construction, and established multiple management information systems. These efforts had boosted CUG’s development, and obtained certain achievements. In 2005, CUG finished the structured cabling for all teaching and office buildings. In 2008, CUG initiated the second-phase project of “Digital CUG”, which aimed at office automation, and focused on the construction of OA, educational administration, student affairs, research, and financial systems. The accomplishments of the second-phase project are as follows: the development of a code set of information standards, the foundation of the unified identity authentication platform and the unified information portal, and the specification of authoritative sources of data. In 2009, CUG completed the transformation and upgrading of the network by using the specialized fund for repairing and purchasing offered by the Ministry of Education, and founded the high performance computer public service platform which ranked NO. 71 of the TOP 100 higher education institutions. During 2014 and 2015, CUG renewed the information facilities of the new library, upgraded and transformed campus network backbone (10,000M to building and 1,000M to desktop), relocated the computer rooms, and achieved wireless Internet coverage over all dormitories. Up till now, CUG has accomplished a digital campus covered and accessed by wireless Internet.

Since 2017, to continually enhance the informatization construction level, CUG has been launching the “Smart Campus”  project. Up to now, the new version of campus information portal  and online service hall have been completed;  the setup of cluster system and the migration of school/ department websites have been finished. By constructing CUG’s micro portal via microenterprise number and Wechat official account, CUG’s data management standards have been improved; with the data center and the data sharing platform, more than 20 business management system of 17 departments have succeeded in data exchange. Moreover, the high performance computing platforms, cloud computing platform,  and the big data Public Service Platform have provided strong support for CUG’s teaching and scientific research.

By means of the “cloud” resource management, data “lake” aggregation, service “micro” processing and other technical means, our goals are to establish a secure, stable and smooth campus network—which helps to achieve the “one-sheet-filing, one-stop-service, and one-page-overview” prospect, and to provide comprehensive support for “quantitative assessment, personalized teaching and intelligent decision-making”. All these endeavors are meant to better meet the growing needs of teachers and students, to support the construction of “a first-class university”, and to achieve the goal of establishing a world-famous research university in the field of earth science. 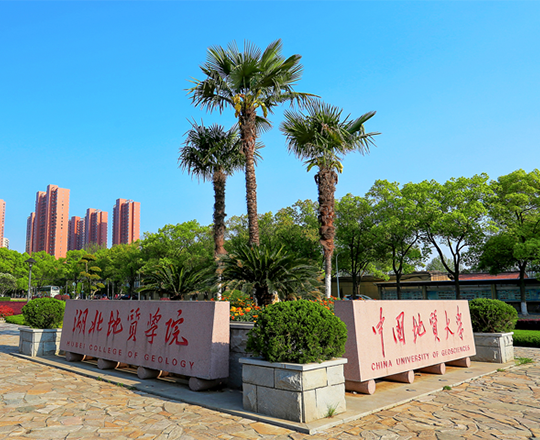